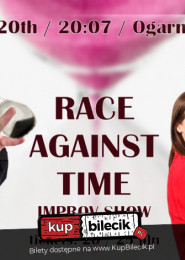 What if we showed a character's life in a series of scenes of increasingly shorter duration? Join us for an improvised performance in English. The actors have no prepared script and rehearsed texts. Everything is created in front of the audience and with their participation. Each performance is unique because it is performed once and will never be repeated. Pro Forma is a group of some of the most active improvisers in the Tricity comedy scene. For 4 years now they have been creating all sorts of stories/scenes/worlds on stage - entertaining and touching.