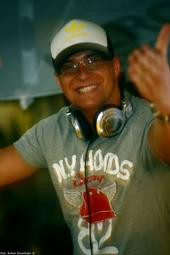 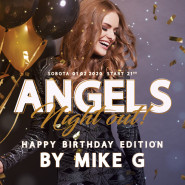 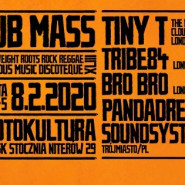 zobacz wszystkie »
Luca Gatto
Luca Gatto has mixed and DJ'd since 2002, inspired by Carl Cox's music.He started with techno but soon realized that the house music is the right track he should follow. In 2003 he became a resident dj in the Underground Club in Polanica Zdroj. During this year he had the opportunity to play and learn from the best polish and european dj's. Than he moved to Cracow to try his forces in the main clubs of south of Poland. In the begining of 2006 he picked up a residency in Cien Club. At he same time he became a music manager of the Ręce i Nogi Club. It was also a time of dj'ing in many other cities in Poland. In 2007 he started to work for Beer Comapny in the North of Poland. He also became a coorganizer of Peroni Nastro Azzurro events and a booking manager in marketing agency. Nowadays he cooperates with the Space Club in Warsaw as an resident. Seasonally he also manages music and promotion in clubs in Debki and Ustka.
He had an opportunity to play with such artists as: Andy Moore , Ian Carey, Tom Novy, Kurd Maverick, Alex Gaudino, Tocadisco, D.O.N.S, Sander Van Doorn, David Tort, Jason Jollins, Sergi Domene, Chris Reece, Sarah Main, Syke'n'Sugarstarr, Terri B, Chus & Ceballos light house music, such as vocal house, funky house, deepsex house. In the mean time he started to add electro house, electro vocal house and progressive motives in his mixes.

His electronic music journey begun in 2001 when he got the Paul Oakenfold 'Travelling' compilation. Soon he attended the biggest global club scene stars events which inspired him to mix up the music by himself. His first steps at the decks were in 2003 with the support of great dj and friend Max Lexus. At this time at Przestrzen Grafenberga, Mekka, New Deep and many others he played different variations of trance music, from melody trance to tech-trance. The time passed and so did the music trends that's why in his present mixes one may hear selected House Music,stared with soulfull throught deep with some elektro(simply we can call soul/deep/electro-house stuff) . His sets are full of positive energy which gained him many fans. In 2006 he become a resident at warsaw club Amnesia, in 2007 also at brand new Envy club. Presently one can listen to his music on Thursday during regular parties at legendary Klubokawiarnia club and in new cycle party's named "Single Party's" in Zoo club. He used to play or plays at many others like:
-Warsaw:Opera, Underground,Foksal 19, HotL Club, Ground Zero(regular party"Break Da House" ),CasinoClub ,Organza,Opium ,Zoo ,PortoPraga ,Muza, Level Club, Apsters, Eternal, BarbieBar and others: Rdza(Krakow),Infeno (Szczecin), Euforia(Sopot) ,VavaVoom(Zakopane) ,Ampstrong(Zakopane) ,Heaven(Olsztyn),La Plage(Władysławowo),Tropical Island(Sopot),LongBeachBar(Hel-Summer 2007 Resident) Anemon(Rzeszów)and many more... He cooperated with Radiostacja as its exterior dj. He is the founder